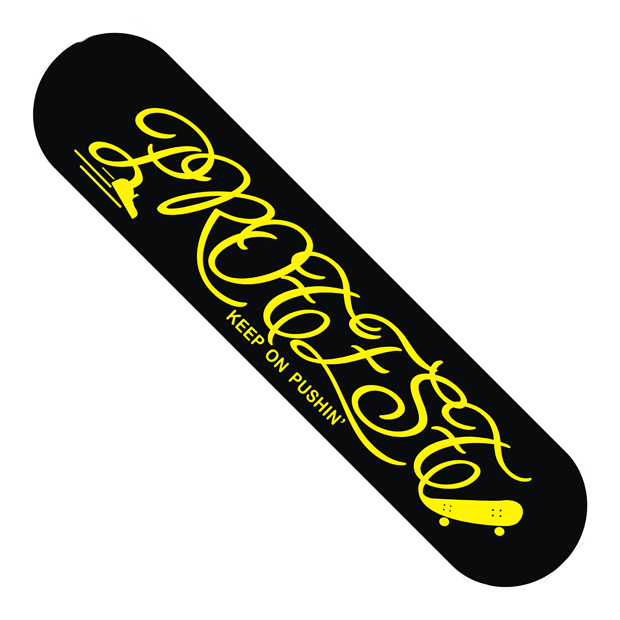 Jenkem Magazine released an article focused on how the true companies behind the real success of skateboarding are the smaller, unknown ones. And this is a great point. It features the background of Pontus Alv and Polar Skateboards and how he has encouraged the skateboarders of today. We have to always thank people like George Powell and Stacy Peralta, along with Tony Hawk and the other true hardcores of the 80’s who never let skateboarding die for helping it get to the point it is at today, but has it gone too far? Is it now so popular that too many mainstream companies like Nike, New Balance, and Target are trying to take over our industry. How many awesome skate companies from the 90’s have been sold to some mainstream company now that the original owners would have considered embarrassing and illegal to even accept sponsorship from back in their Glory Daze? It’s sad. The world has definitely changed, and people have forgotten their roots.

But there will always be those independently owned companies that don’t sell out, and really don’t sell anything, but just love to promote skateboarding.

This article written by Rich Kaminski brings us back to the reality of before the times when skateboarders were striking gold mines by doing the same tricks over and over at a bunch of big televised competitions. And it reminds the next generation to stop following the trends and worrying about what the next big trick everyone is learning is, and just to go skateboard and enjoy it. Invent something on your own for once.

Life as a skateboarder was never supposed to be about being rich and famous, skateboarding originated from the rebels, the outcasts, and the unwanted. And that’s where it belongs. No matter how big it becomes, there will always be the “True Skateboarders of the World” who understand this, the difficult part will be getting the message through to all the ignorant kids in the next generations that think they are going to turn pro, get rich, and die laughing…

It reminds me as to why I created Protest Skateboards 10 years ago. I was always an outcast, usually pushed away from society, and never fully understood. I preached for what I believed in everywhere I went, and didn’t care whether people respected me for it or not. I had goals to change the world to be more accepting to our society, and I’ve worked hard to achieve those goals. Protest Skateboards is a small company that lots of people will never know ever existed, but that’s the way I like it, that’s what it was meant to be.

Take a read of this awesome article that Rich put together. Here are some of the most influential quotes I could pull out of it for those quick skimmers out there, but if you have 10 minutes, definitely click the link and read the whole thing

“These smaller companies reinforce what is arguably the most sacred realm of the skateboard industry and maybe even the subculture in general.”

“When bigger companies, regardless of what they make or who owns them, become repetitive and rely on merely copying one another, the subculture and its participants suffer for it.”

“These brands are forcing people to think about the companies they support and what they represent both inside the skateboarding world and outside of it. They are telling skaters that what they ride says as much about their point of view and their idea of skating as the skaters they like or the photos they hang on their walls.”

“We should not simply watch and forget the daily dose of online videos, go to the same boring skate park to learn the next logical trick, buy whatever gear is needed regardless of what the company does or does not stand for. These brands, knowingly or not, are saying that skateboarding has changed all of our lives and it’s about time we start treating it with the respect and thought it deserves.”