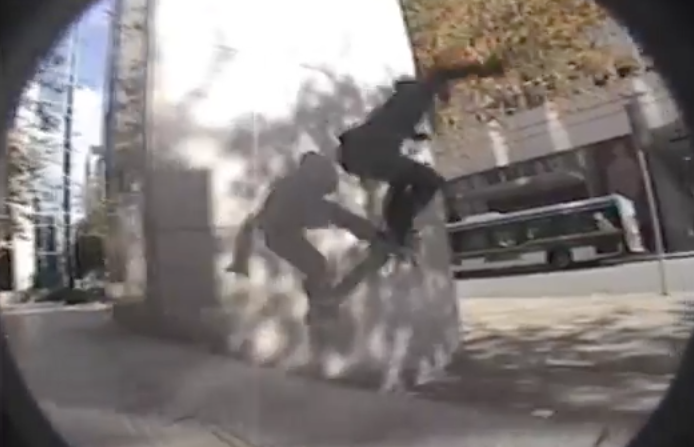 It difficult for me to watch a lot of the Skate Videos that come out now a days because there’s hardly ever any actual skateboarding in them. I mean some filmers are starting to get creative with their intros and outros but when it’s the persons part, it’s just bang, bang, bang, trick after trick. What ever happened to that part where people had to actually skate, and push.

Ethan Craig just released a solid video about a day of skating with Will Blakley downtown Vancouver. It’s awesome for a few reasons:

I wish the kids of today understood what it’s like to live on your skateboard and not get a ride to the skate park and back, but to just skate wherever you’re going that day and find the path that suits you best.

Thanks Ethan and Will for a great video sparking lots of memories for us older skaters, and hopefully showing the young guns what it’s all about. This video is so “Early 1990’s Style”, the only thing missing is Colin McKay and Rick Howard in Plan B shirts….

You gotta check it