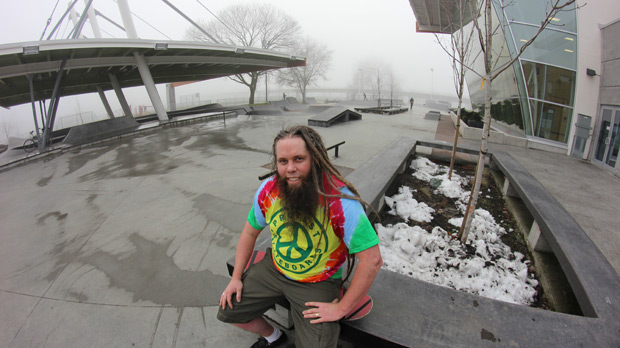 Way back at the end of January, during that nasty spell of Cold and Foggy Winter, I met up with Ty Williamson, aka Tyler the Film Creator at Chuck Bailey Skate Pak and filmed this little montage. It was a tough day for filming as the entire park was soaked when he arrived. I threw down a couple quick tricks on the mini barrier and then proceeded over to the flat bank where I tripped over my own feet after landing primo and knocked my knee slightly out of place. This happens often when you don’t have an MCL. We finished off filming anyway and later that night the old knee popped back into its proper position.

I know I’m not the best skateboarder out there anymore and it’s difficult to compete with the crazy kids of today, but I will point out that I haven’t seen anyone do 95% of the tricks in this montage. Especially when there’s ice on the ground….