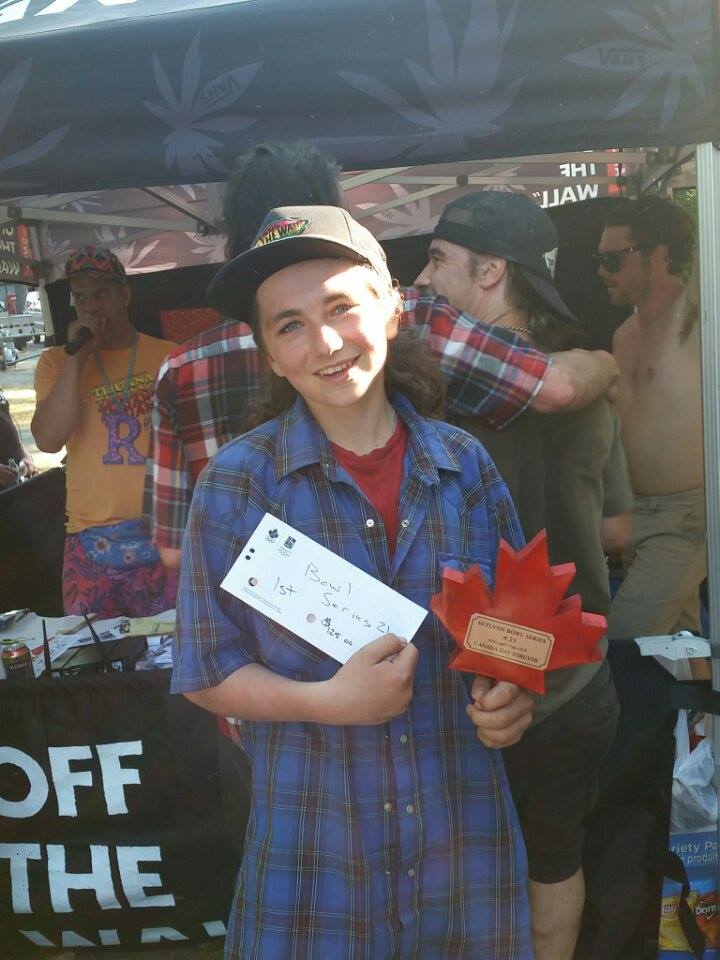 Another amazing Canada Day as the 21st annual Bowl Series kicked off at the legendary Seylynn Bowl. As hundreds of people flock to the park and set up tents, blankets and BBQ’s the sun was shining down to give everyone a good day. The skaters warmed up with speed lines and creative fly outs as we waited for the sound to be set up and Renee Renee to take his position holding the microphone. 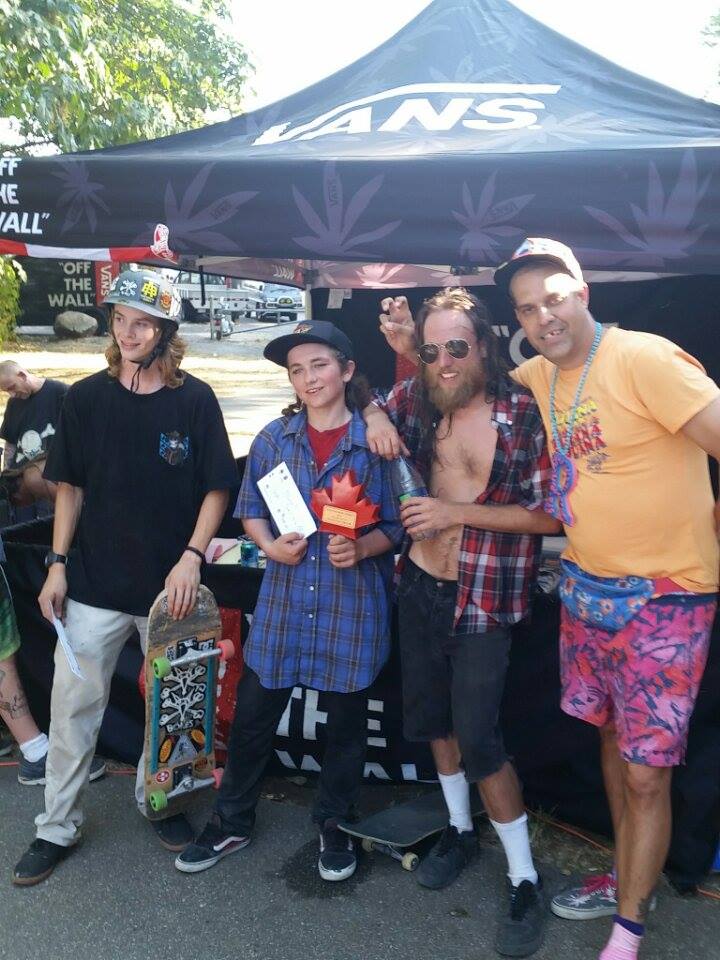 Getting started right on time with the Beginners these kids reminded everyone what July 1st is all about as they dipped in and out of the old snake bowl in every spot they could. Killa B Brayden Nerpio came out fierce in Run #1 and held true in the finals to take 1st place and get the day rolling.

Moving in to Intermediate, it was great to see a bunch of the old beginners that had moved up a category proving the importance of the Bowl Series. Using the entire bowl these kids really knew how to shred and it was sweet to watch them. The girls category was also solid as this was the first year in a long long time where there were multiple heats and the girls owned the bowl for a good 15-20 minutes. Way to go Ladies!

After a little relaxing dip in the creek it was time to watch the Advanced battle it out. All eyes were on certain people of course like Adam Hopkins, Andy Anderson, Jamie Sherratt, Eve Feaver, Stevie Denham, Rob Rickaby, and the young buck from island Merrick Orr. Merrick came out with full aggression blasting up and down the bowl and over all the hips. He kept popping huge ollies from outside the bowl into the deep end and then somehow maintaining enough control to boneless across the wall in the deep. Eve and Andy touched every part of the snake with unique tricks that fire up the large size audience. And Rob and Stevie just plain laid it down like only they could while Adam Hopkins picked out all the big gaps and blew out his pants while flying through the air at mega speeds, Can’t Stop the Hop. In the finals it was Merrick Orr who pulled through on top of the others and sealed the deal with a first try massive crail grab over MFP – Insane!!

Could this be the beginning of the story of 2015’s King of the Bowls?

After the contest was done and the crowd began to disperse it was time to see who had the fastest time as the best of the best at the Seylynn Speed Line put their bearings to the test. Amazingly between about 8-10 people they were all within 1 second of each other to go down and back, it was like an alpine ski race. Steve Denham prevailed at the last moment with a 10.20 second run beating out Adam Hopkins 10.28. So awesome.

That’s it for this year people – another awesome Canada Day thanks to Mike Strato, Renee Renee, Cuz, Seb and everyone who showed up.

See you at Griffin – July 12th