Thanks to the Filmers 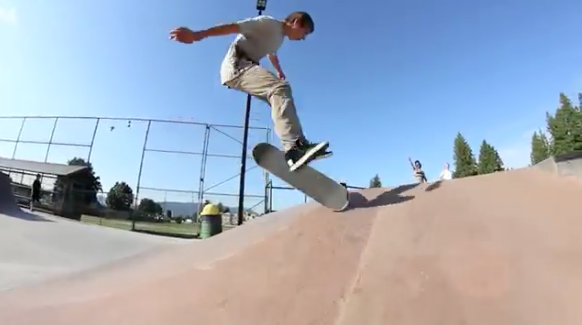 When I was young and started skateboarding in the mid-80’s, skateboarding was crazy – pools, vert and launchers, hair in your eyes and rails on your boards. It was huge at that time and all the skaters wanted to be at the top of their game. There was only a select few number of Pro Skaters that everybody knew and they were always competing to be better than the others. I watched as skateboarding suddenly fell off the Popularity Meter and all of a sudden there was no publicity for it any more. It was tough times for the Pro’s, and even tougher for the Skate Shops. But skateboarding made a major comeback in the mid-90’s and it looks like it’s here for good.

There are soooooooooooo many amazing skateboarders in the world that we will never know 25% of their names. You only get your chance if you get your name out there in the first place and now a days the only way to do that is to have a solid filmer behind you.

It’s crazy how huge skateboarding is world wide and I would have to say that the abundance of people filming is the reason for it. Some people just have video camera and enjoy getting footage of them and their friends, where others save up for a year and buy the sickest camera on the market and start getting in with the crew’s of sick skaters and always filming. Trust me, people love it when someone wants to film, I know I do. Filming and watching yourself later is also the best way to improve and another serious reason as to how sick the talent is out there. The more they film the better they get, and the more they film us, the better we get. So together, we make an amazing team that showcases talents, and creates entertainment for everyone to enjoy. So big thanks and props to all you Die Hard Skateboard Filmers out there – thanks for helping to create so many memories…

Ty Williamson has been sending me video links to lots of his edits, most of it being park footage but it really lets us get to know some local skaters. The filming is perfect, the editing is good and the skating is always impressive. Here’s another quick edit from “Tyler the Creator” called On Top.